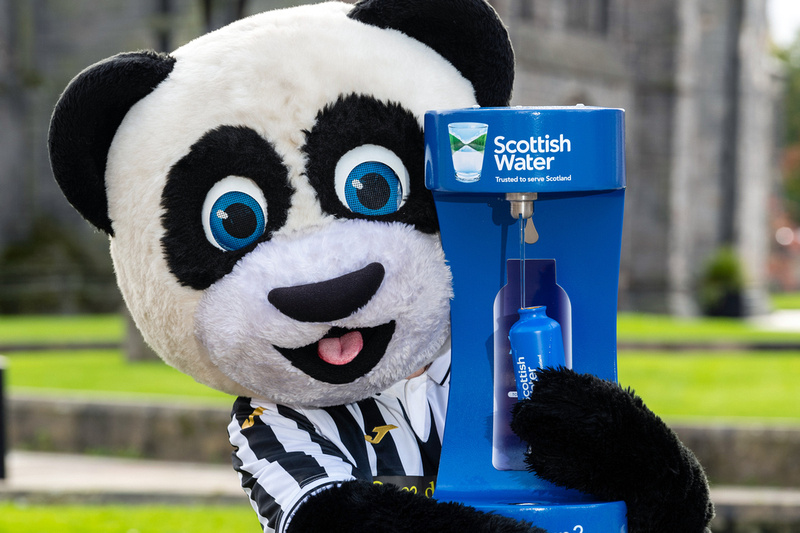 With Scottish Water's Top up Tap officially launched in Paisley, members of the public are being urged to carry a refillable water bottle and stay hydrated when out and about in the town.

Yesterday, Thursday 8 October, St Mirren FC's Paisley Panda turned a few heads at the launch of the tap which is situated in Gauze Street, Paisley, just near to the iconic Paisley Abbey.

The 26th water bottle refill station to be launched, Paisley's tap is the latest addition to a network of top up taps across the country as part of Scottish Water's Your Water Your Life campaign. 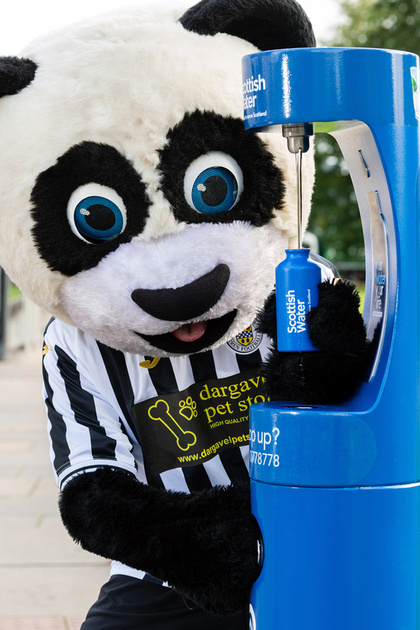 The campaign began in 2018 and is encouraging people to make tap water their first choice and to carry a refillable water bottle so they can top up from the tap as they go about their daily lives.

St. Mirren FC Manager, Jim Goodwin, is pleased to see the Scottish Water Top up Tap up and running in Paisley. He said: “At St Mirren FC we’re well aware of the importance of hydration in order to perform well on the pitch. However, the benefits of drinking plenty of water are for everyone regardless of how much physical activity you do. It’s great that Paisley now has its very own Top up Tap so that everyone can stay hydrated on-the-go and we’re happy to throw our support behind this Scottish Water initiative.” 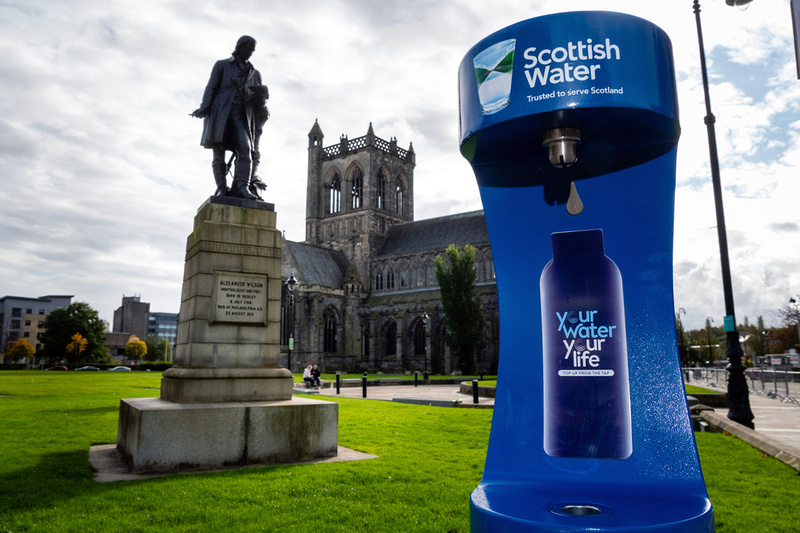 Additional safety and cleaning measures have been put in place on all Top up Taps as a result of the ongoing Covid-19 pandemic. This includes additional deep-cleaning, disinfecting and maintenance including a special coating on the entire refill station which stops any virus and bacteria being absorbed.